Even though most days still are quite warm - after that autumn spell a week ago - the nights have turned quite cold. Cold enought to put the tomatoes into a non-productive safe-mode and most of the other plants into slower motion as well. There were still three cucumbers, fully grown, that I picked today, as well as a zucchini in the zucchini plant, which actually has still put out a couple new flowers! 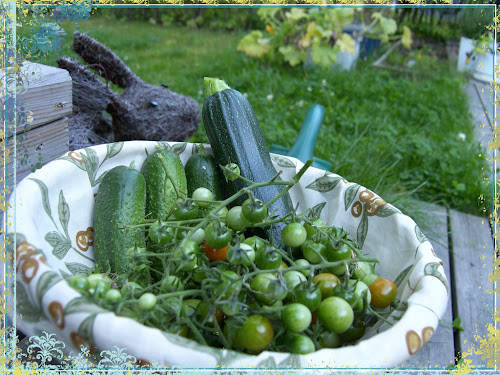 The bhut jolokia seems unweilding to the cool nights, is making new flowers and growing its purple chilis rapidly! Soon we can make some fiercely hot purple jolokia chili ;) 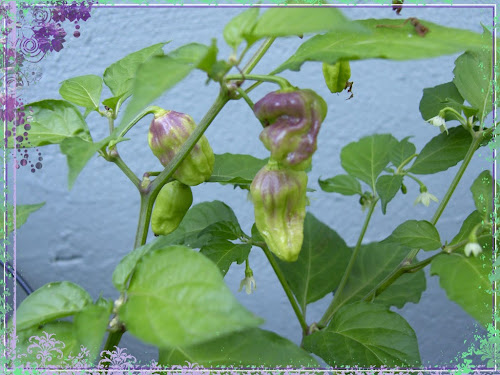 We pulled the rest of our red onions out of the ground; they didn't do quite as well as we had hoped, but definately we can use at least some of them, too. 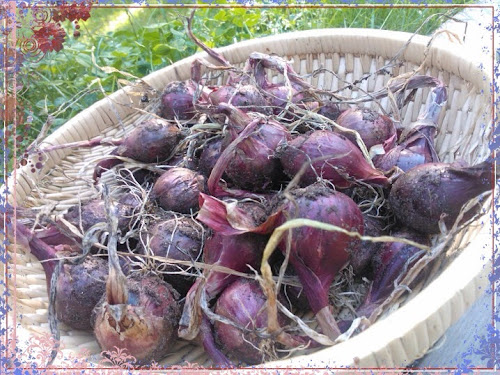 We also trimmed the basil again, making another 1 liter batch of pesto out of it. There's still plenty left to grow, we'll see how well it does with the autumn coming on here. Oregano still awaits picking and drying.

All sorts of random mushrooms are already popping out. I have seen people come out of the forests carrying chanterelles and my husband had seen a few porcinis too. Mostly, though, it seems to be a bit early for those kind of mushrooms. And all I've managed to see are these strange fellas. Then again, I never have been a real mushroom hound even though I do like them a lot! 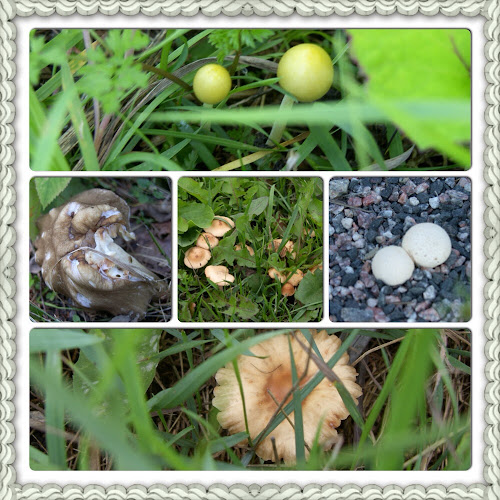 Out in the fields

We live at the edge of the city, in the quiet suberbs of Helsinki. Almost right behind our house, just a few streets down, there are vast forests and fields of hay, wheat, barley and oat, meadows with flowers, city owned orchards of oak trees, and a golf course. Yesterday we went for a walk on the footpaths throught those fields in the gloom of late summer, early autumn.

Geese, while planning their escape from this cooling country, seem to like the already cut hay fields, as well as the ponds of the golf course, where the ducks like to reside as well. They were sitting around in flocks, discussing their strategy. Every now and then one of flocks would take off and re-locate. In the evening, when we went strolling around again, it seemed that the flocks had united and decided to take off to a completely new location. 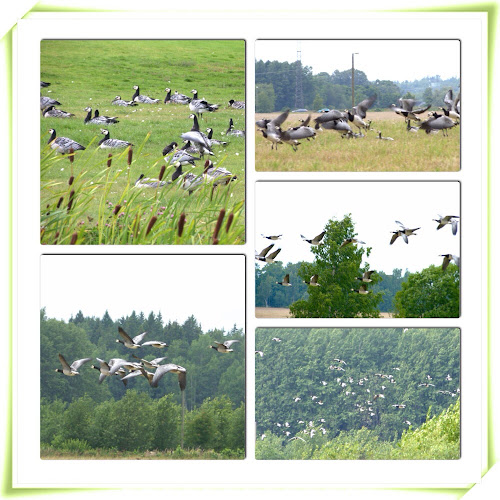 As of late summer, there are still flowers on the meadows, but already mingling with the flowers is a whole lot of mushrooms. The trees have not started to turn yellow or red, but apples are ripening fast and acorns are growing bigger, berries are making bushes hang heavy. 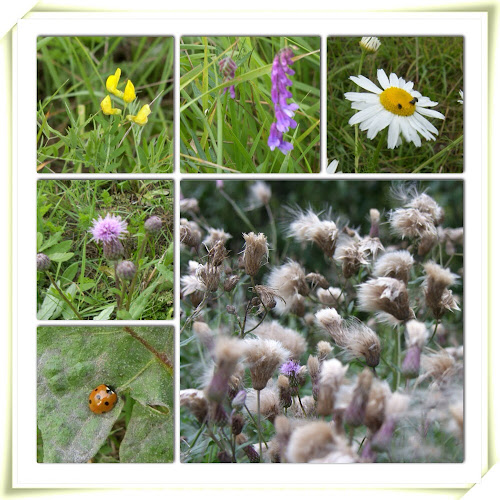 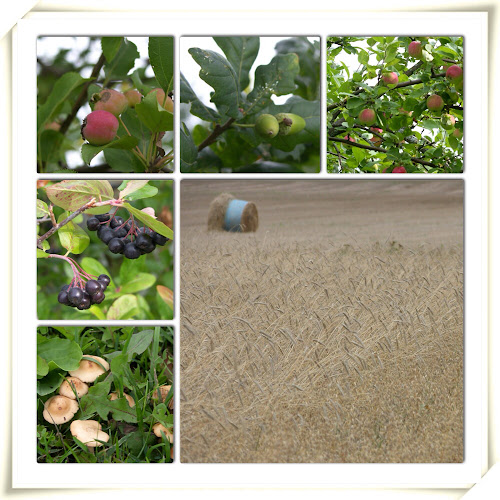 As already mentioned, we went for another walk in the evening, as the one in the daytime was cut short by rain. The evening sky was mostly clear, with some scattered clouds around, and the almost full moon partly visible through the clouds. The rain and still wet shrubbery had lured the snails out in herds to munch on the moist leaves. 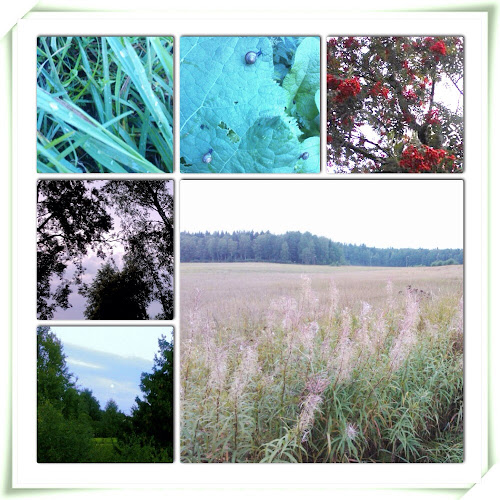 Somewhere over the rainbow...

This morning was a morning after some nightly thunder storms - again - and some slight drizzle and sunshine on my way to work. I almost drove under the complete double arch of this beautiful rainbow, but it kept shying away... 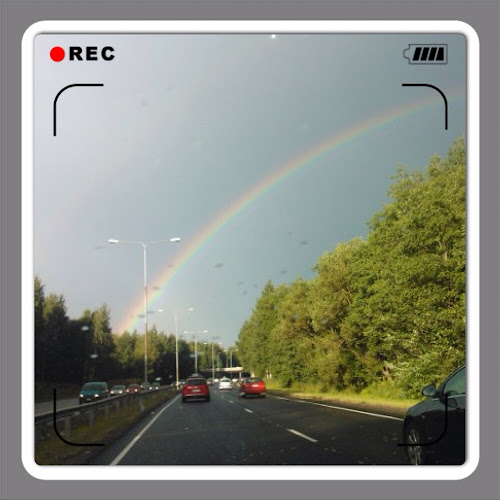 It's been raining a lot and the temperatures are cooling down already. Autumn is coming. Summer berries are long gone, it's time to harvest things like rowan berries and rose hip. Not that we do, really, but they would be ripe and ready to be picked. 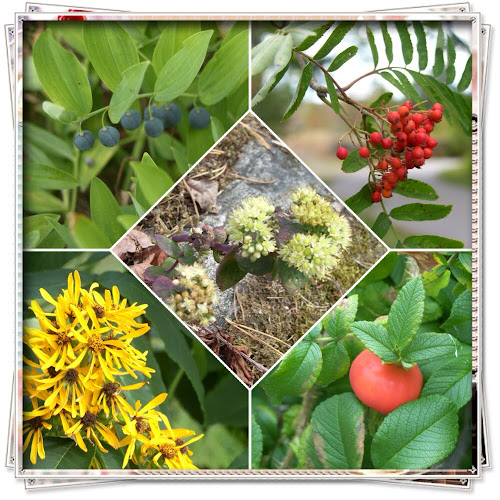 Acorns are still green, but getting there. Soon the squirrels in the neighborhood will be busy carrying them into their little hiding places here and there. 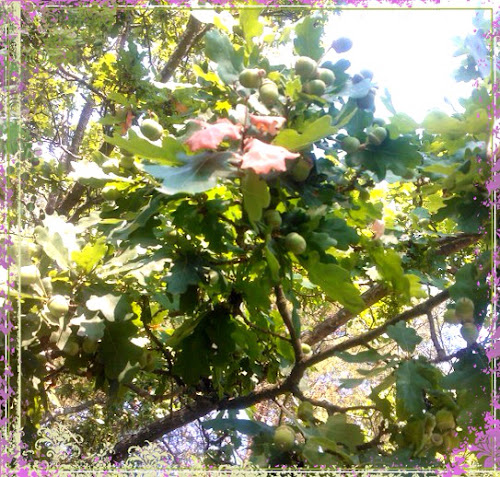 Both of our late bloomers, the naga (bhut) jolokia and the (green) pepper, have slowly but surely proven to be quite productive plants after all. There's a whole lot of peppers growing on each of them, getting bigger by the day! 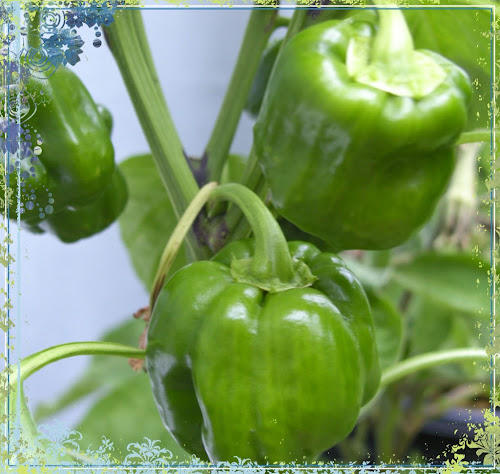 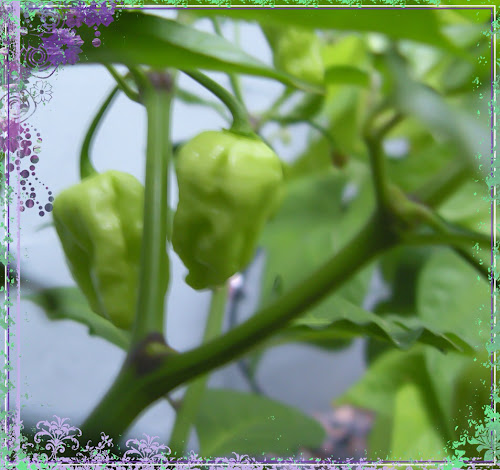 I trimmed our basil "a bit" - ending up with 2,5 liters of basil leaves, which I then made into delicious pesto. 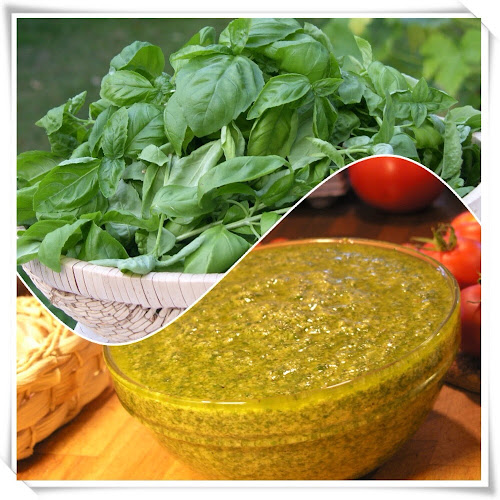 Last week we went island-hopping in the Turku archipelago. They are islands with forests and fields, apple trees and flowers and raspberries and all sorts of other growth. 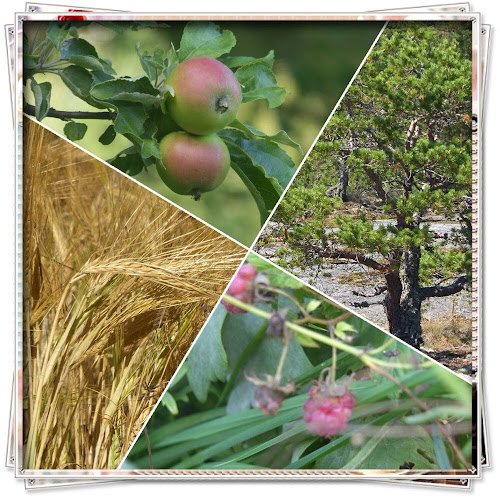 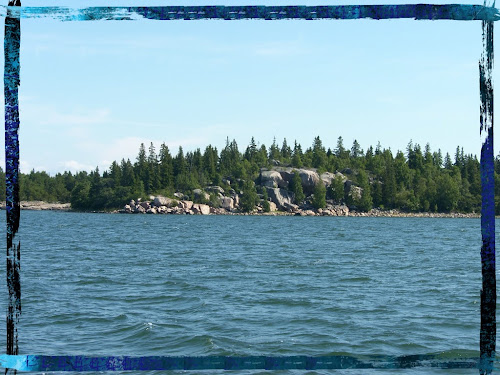 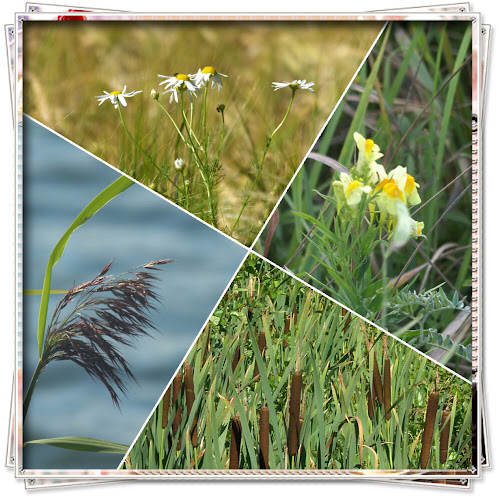 A bunch of some yellow flowers (did I ever mention that even though I like to observe nature I'm quite hopeless in knowing the names of flowers and trees and such?) have grown on our backyard quite sneakily. I only noticed them when they started to put out its flowers, that then started to turn into these balls of fluffy seeds, just like dandelions. Now those seeds are flying everywhere... 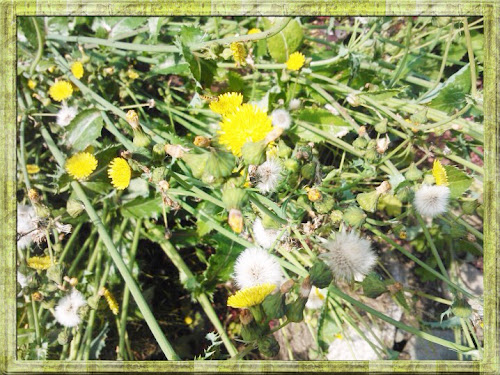