I was away for a mere week. Yet, so much had happened in our garden in that short time! The medina chilis had started to turn red, as had the first cherry tomatoes. The green pepper and naga jolokia had started to grow their first fruits. Cucumber, aubergine and zucchini were hanging heavy with ripe fruits. Beans and sugar peas were ready to be harvested. 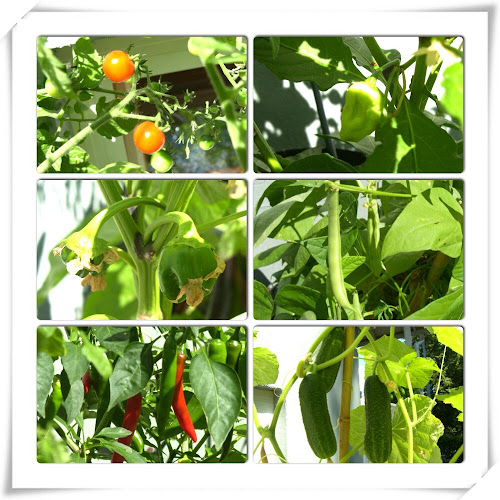 We harvested quite a lot of the stuff yesterday evening. 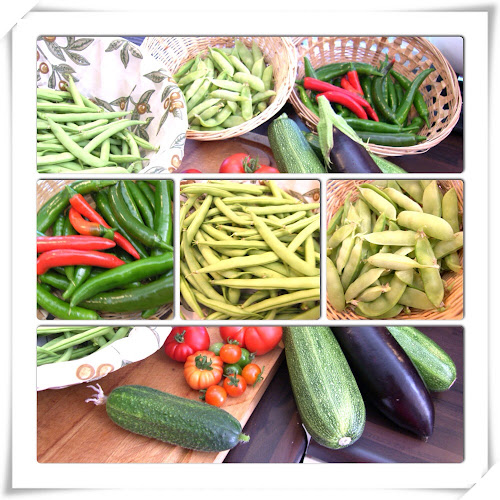 Beans we made into a side dish by boiling them and then adding oil and crushed garlic. Zucchinis we grilled, and the aubergine I peeled, sliced and deepfried. We also have more rucola than we can possibly eat, so we had some if that at the dinner table too. At least a small effort ;) 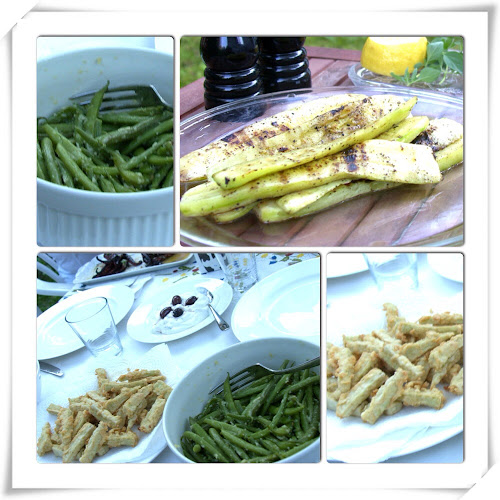 The sunny wall got hit by some hard winds, knocking the tomatoes and some other pots over. The plants are a bit leaning on each other now, but still they seem to be happy enough! 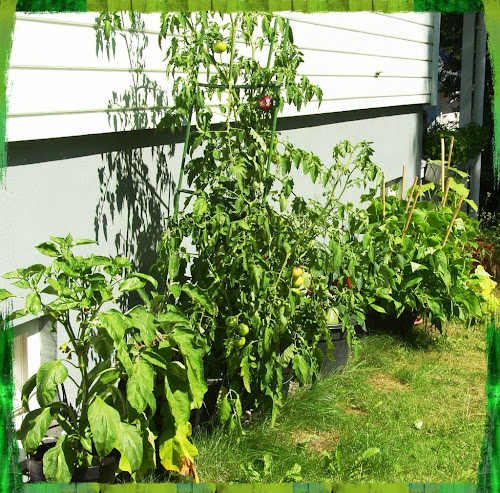